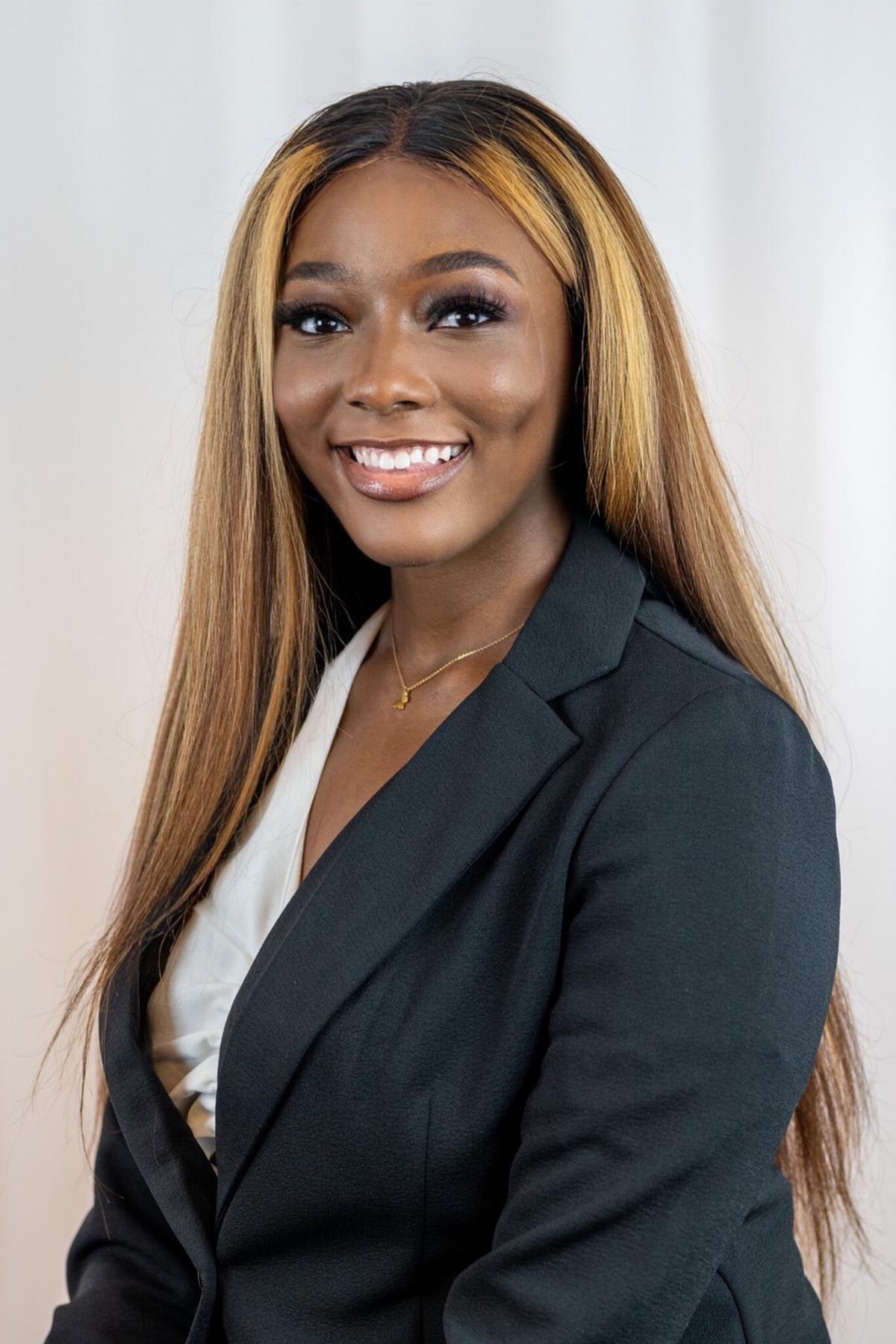 Ronelle Tshiela, a 2024 JD candidate at UNH Franklin Pierce School of Law, was named to NH Business Review’s biennial list of the most influential business leaders in the state for 2021.

Tshiela joined UNH Law Professor Lucy Hodder, who serves as director of the law school’s health law and policy program, as members of the UNH Franklin Pierce community honored by the publication. Overall, NH Business Reviewnamed 200 individuals to its leadership list. Honorees were celebrated at a December 9, 2021, reception in Manchester.

In revealing those selected to the “New Hampshire 200,” NH Business Review Editor Jeff Feingold credited the honored individuals as those who have made “the greatest impact on the state’s economy, business climate, and quality of life.”

A native of Manchester, New Hampshire, Tshiela founded the city’s Black Lives Matter chapter when she was 17. Tshiela also led some of the early demonstrations in the state after the May 2020 murder of George Floyd.

“I was later appointed by the governor to serve on the NH Commission on Law Enforcement Accountability, Community, and Transparency,” Tshiela explains. “There I worked with several entities to craft recommendations for police reform. All of this allowed me to have a platform, and I was able to enter the political realm and nonprofit space with the opportunity to share my voice.”

Her selection to the New Hampshire 200 list recognizes Tshiela’s work with Black Lives Matter, which has helped initiate and shape statewide conversations about racial justice. “Challenging discussions about how race, gender, and class intersect can benefit everyone in our current political climate,” she says.

The work of BLM Manchester has not only sparked those discussions but also has provided direct aid to communities of color through scholarships and a mutual aid fund that assists families who need help making ends meet.

“There is still so much work to be done,” Tshiela says, “but I am proud of what we have accomplished thus far.”

With one semester of law school behind her, Tshiela is looking toward the future and the possibility of becoming a criminal defense attorney. She would also like to devote time to anti-discrimination work.

“It is a privilege to receive a legal education,” she says, “so ultimately I want to use my skills to better serve my community in any way I can.”