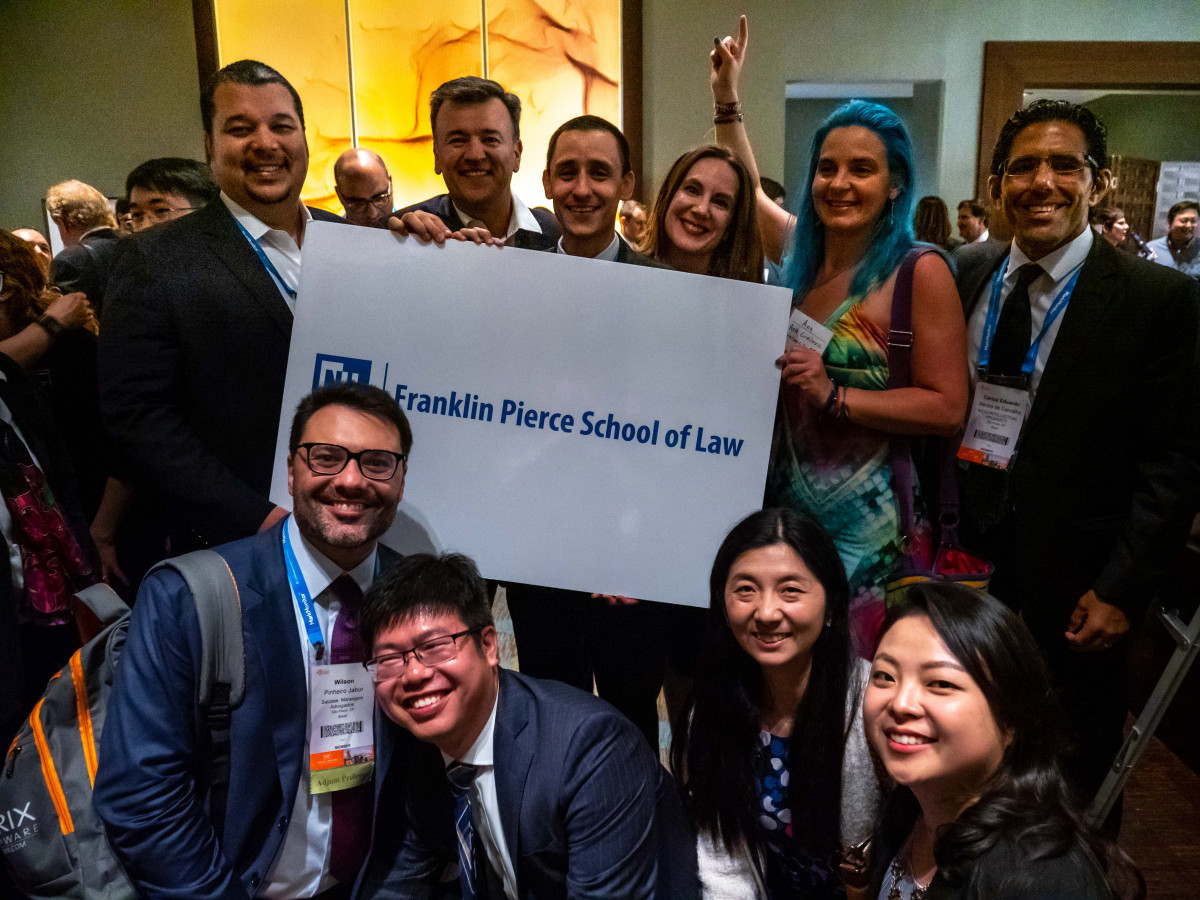 In recognition of the prestige the Franklin Pierce name carries in the global intellectual property community, the University of New Hampshire School of Law will become the UNH Franklin Pierce School of Law. This change, effective immediately, reflects a common practice for law schools to have names in addition to the university’s moniker. Prior to joining UNH, the school was Franklin Pierce Law Center.

“This expansion of the law school name blends the best of the past, present and future,” said Law School Dean Megan Carpenter. “It restores a name of high value in the intellectual property community while preserving the law school’s important association to UNH and the state of New Hampshire. The Franklin Pierce name is considered the gold standard for intellectual property internationally. We’re confident welcoming Franklin Pierce back into our name will build new bridges globally as well as enhance relationships with our alumni.”

The law school is consistently ranked in the Top 100 overall by U.S. News and World Report and is now ranked in the Top 5 for intellectual property, joining such prestigious schools as Stanford Law School, UC Berkeley School of Law and New York University School of Law. It is the only law school in America ranked in the Top 10 in IP for the entire time U.S. News and World Report has been ranking IP programs, 28 years. The law school is known for innovation in legal education, including in social justice, health law and policy, and sports, as well as for its Daniel Webster Scholar Honors Program, a first-of-its-kind program in the country allowing students to graduate without taking the traditional two-day bar exam.

The law school has also excelled at job placement and bar passage. The most recent data from the American Bar Association shows that 95 percent of JD graduates were employed within 10 months of graduation. It is ranked No. 1 in New England—ahead of both Yale Law School and Harvard Law School—and No. 5 in the entire U.S. for jobs on the open market. In addition, 93.3% of first-time takers passed the bar exam in 2017, with 100 percent of first-time takers passing in New York, California, Massachusetts, Vermont, and Washington, D.C.

Check out the photos from our alumni reception at the INTA 2019 Annual Meeting in Boston, MA where the announcement of the name change was made: https://flic.kr/s/aHsmDHkfvs