John Garvey is the founding Director of the nationally acclaimed Daniel Webster Scholar Honors Program. In awarding the Gambrell Professionalism Award in 2015, the ABA stated the program “...stands as a national model of committed collaboration between law institutions, with the active involvement of University of New Hampshire School of Law, the New Hampshire Supreme Court, the New Hampshire Board of Bar Examiners, and the New Hampshire Bar Association.” Professor Garvey has received many awards for his pioneering work with the program, including the NH Bar Association’s E. Donald Dufresne Award for Outstanding Professionalism and the Award for Distinguished Service to the Legal Profession. He also received the NH Bar Foundation’s Frank Rowe Kennison Award for substantial contributions to the advancement of legal thought.

In addition to his teaching experience, Professor Garvey brings to UNH School of Law over 40 years of lessons learned in practice. He started his legal career as a Navy JAG. During his three years in the Navy, Lieutenant Garvey had a distinguished courtroom career and received both the Navy Achievement Medal and the American Bar Association Award for Professional Merit.

Upon completing his military tour, Professor Garvey joined a prominent private firm in Concord, NH. During his 24 years at the firm, he devoted his time to a wide range of litigated matters, eventually becoming the chair of the litigation department In addition, he was one of the original principal attorneys in the Claremont case, which made a successful state constitutional challenge to New Hampshire’s method of funding the education of its children. As a result, Professor Garvey was a recipient of the New Hampshire Civil Liberties Union “Bill of Rights Award.”

In addition to being an experienced trial lawyer, Professor Garvey is a well-known mediator and arbitrator with over 25 years of experience. He has been recognized by his peers for his mediation and arbitration skills by selection in both Best Lawyers in America and Super Lawyers - where selection is limited to 5% of all lawyers. He was selected by his Best Lawyers peers as Mediator of the Year in 2014 and 2017.

Professor Garvey feels blessed to have the opportunity to combine his teaching and practice experience in what he calls his “dream job” as the Director of the Daniel Webster Scholar Honors Program, where he works closely with the next generation. 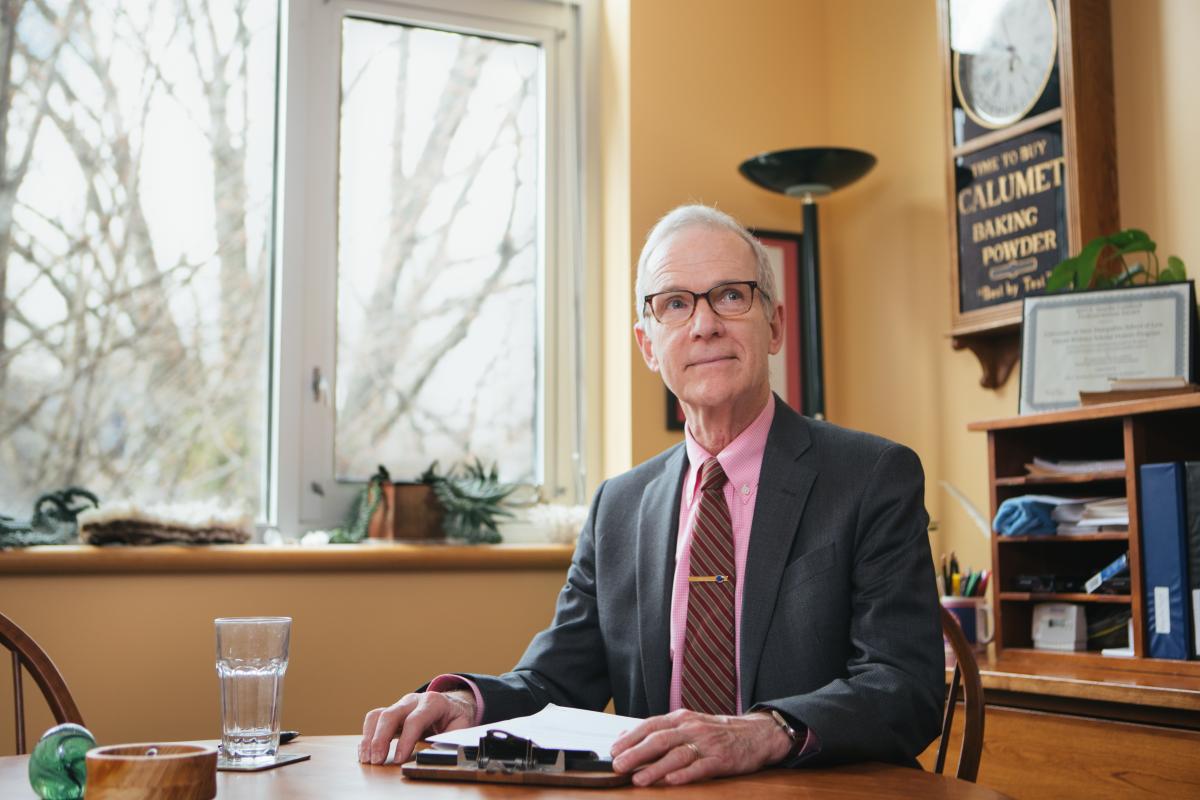