Before joining the University of New Hampshire School of Law (UNH Law), Professor Richey spent 13 years litigating business-related disputes including trademark, copyright and trade secret matters, as well as counseling corporate clients with regard to advertising law compliance. She is a former equity principal of Riordan & McKinzie in Los Angeles, California, and, prior to entering private practice, completed a two-year appointment as a staff law clerk with the U.S. Court of Appeals for the Fourth Circuit in Richmond, Virginia.

In 2006, Professor Richey administered UNH Law’s LL.M. and interdisciplinary masters degree programs as Associate Dean for Graduate Programs, and between 2007 and 2011, she held the position of Associate Dean for Academic Affairs, responsible for UNH Law’s JD and graduate degree programs. She has served on several accreditation site evaluation committees on behalf of the New England Association of Schools and Colleges and the American Bar Association.

Professor Richey’s public service includes volunteer positions with the bar and international organizations. Before leaving private practice, she volunteered as appellate counsel in the Ninth Circuit’s Pro Bono Program and as a member of the Los Angeles County Superior Court Judicial Arbitration Panel. Throughout her career, she has been active in the International Trademark Association (INTA), including a three-year appointment as an editor of The Trademark Reporter, INTA’s scholarly publication, and a two-year appointment as Chair of INTA’s Panel of Neutrals; she also served as a member of INTA’s Academic Committee. Nominated by the U.S. State Department, Professor Richey was the U.S. Representative to the Confidentiality Commission of the Conference of the States Parties for the Organisation for the Prevention of Chemical Weapons, based in The Hague, Netherlands, from 2008 through 2014.

From 2014 to 2017, Professor Richey served as Deputy Chief Administrative Trademark Judge of the Trademark Trial and Appeal Board of the USPTO and she held that appointment as a member of the federal Senior Executive Service. 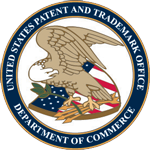