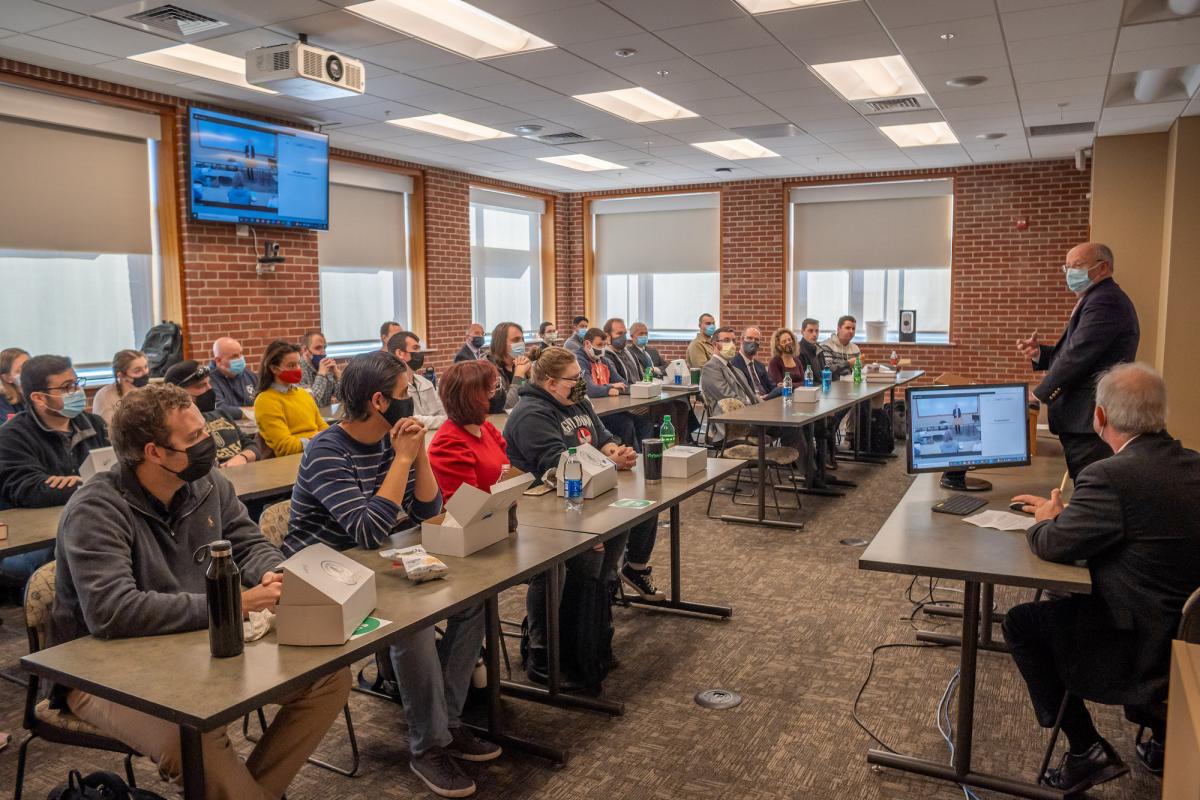 Thomas A. Barnico, Esq., adjunct professor at Boston College Law School and longtime Massachusetts assistant attorney general, visited on November 4 to address students and an online audience on the differences between state and federal attorneys general.

Sponsored by the Warren B. Rudman Center for Justice, Leadership & Public Service, the lecture was part of the Alison Curelop Series in Ethics, Professionalism & Civility.

“Warren Rudman’s service as attorney general of New Hampshire makes this a particularly fitting venue for today’s discussions,” said Mr. Barnico. “So, in that way our topic honors his memory.”

Mr. Barnico noted that while each attorney general, state and federal, is the chief law officer of their respective governments, state and federal attorneys general differ in a crucial respect. “Most state AGs are elected by the people of their states, and so possess a degree of independence not enjoyed by their federal counterparts, who serve at the pleasure of the president. The degree, limits, and consequences of the independence of attorneys general are among our topics today.” 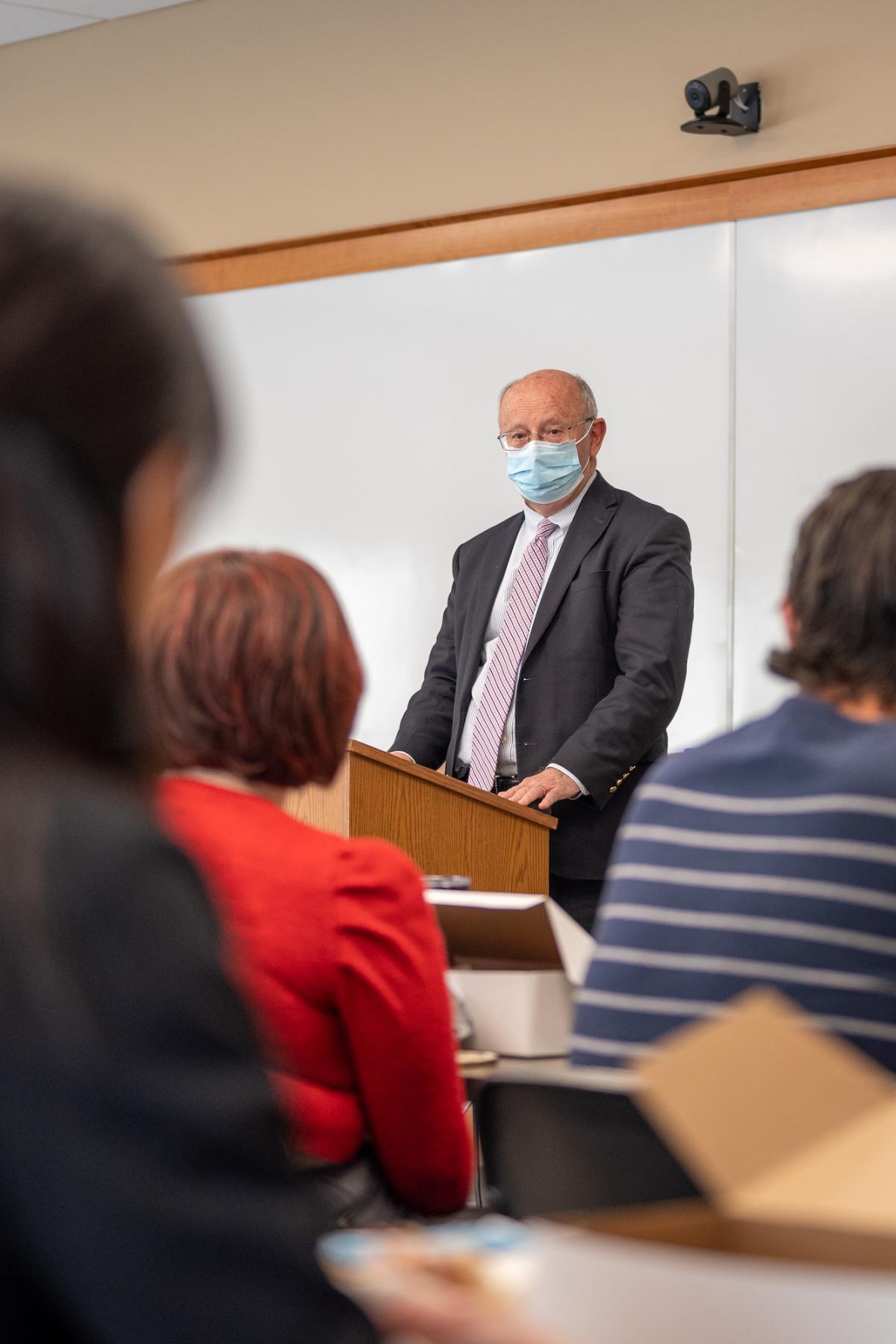