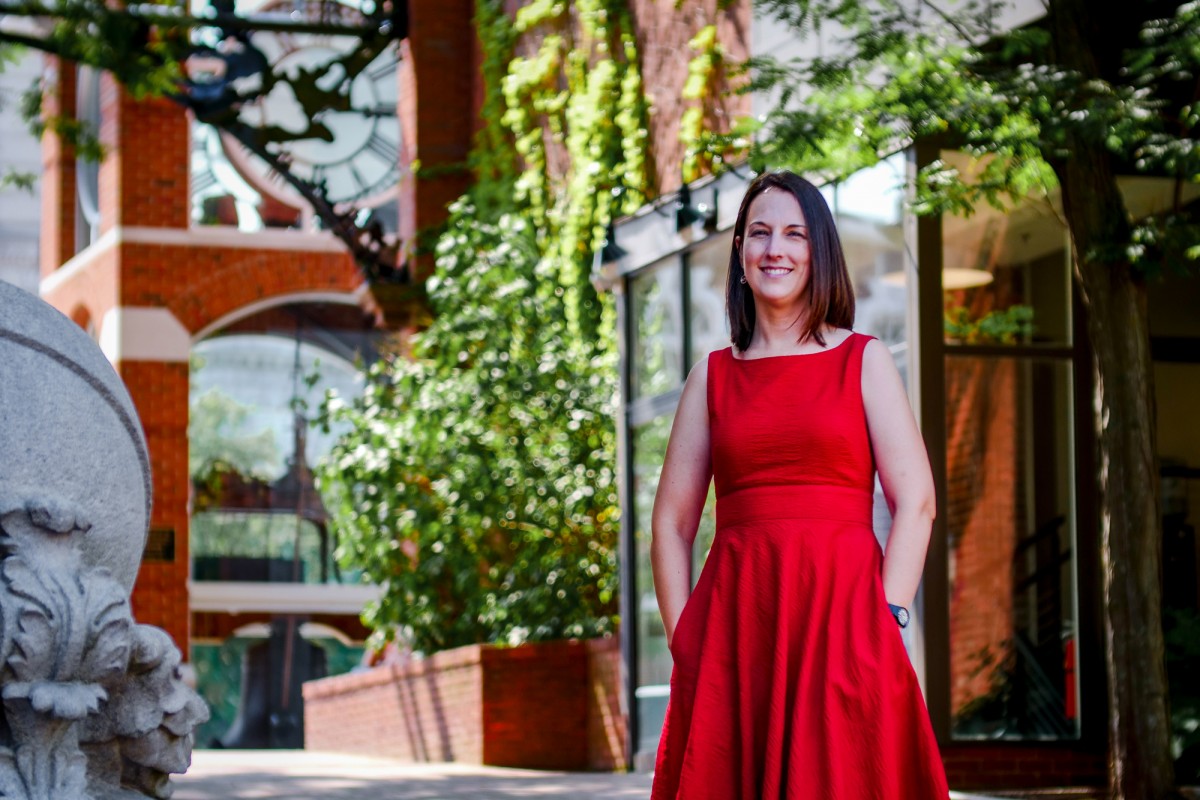 CONCORD, NH (March 30, 2020) – Attorney, professor, legal residency director, and longtime student mentor Courtney Q. Brooks has been named the new director of the Daniel Webster Scholar (DWS) Honors Program after founding director John Garvey retires this May.  Launched in partnership with the New Hampshire Supreme Court and the New Hampshire Bar in 2005, the nation’s only bar-alternative program is award winning and has been hailed as a model for the future of legal education.

“I have worked closely with DWS students through the legal residency program and I’m thrilled to have the opportunity to further develop their talents,” said Brooks.  “They have an innate sense of law because they learn it in real and simulated settings, honing their negotiating, writing, and oral argument skills.  Because of the program’s rigorous training, DWS students are client-ready, adaptable, and resilient, making them some of the most employable in the job market.”

The DWS program provides students with a combination of training and assessment over a two-year period.  Assigned bar examiners evaluate students’ performance.  Successful students are admitted to the New Hampshire Bar the day before graduation, without having to take the traditional two-day bar exam.  This allows graduates to launch their careers immediately.  The American Bar Association gave the program an award in 2015, calling it “an exemplary and extraordinarily innovative approach” to legal education.

Scholars from the Institute for the Advancement of the American Legal System did a two-year review of the program and found that third-year Webster Scholars were outperforming lawyers in the field who had been licensed to practice law for up to two years.  The program has also been featured in the Wall Street Journal and the New York Times.

Brooks takes over from retiring director John Garvey, who founded and developed the program into the beacon it is today.  In 2017, the New Hampshire Bar Foundation awarded Garvey the “Frank Rowe Kenison Award,” noting that he “blazed a path… to a better, more humane way of training the lawyers of our future.”

“John has been a tireless advocate for the program and the students,” said Dean Megan Carpenter.  “He saw a better way to teach law and his approach is working.  I’m confident Courtney can build upon the program’s success and be the same advocate John was for his students.”

The DWS program admits a small number of law school applicants every year.  The majority of students are admitted after their 1L year.  For more information on how to apply to the program, please contact our admissions staff.