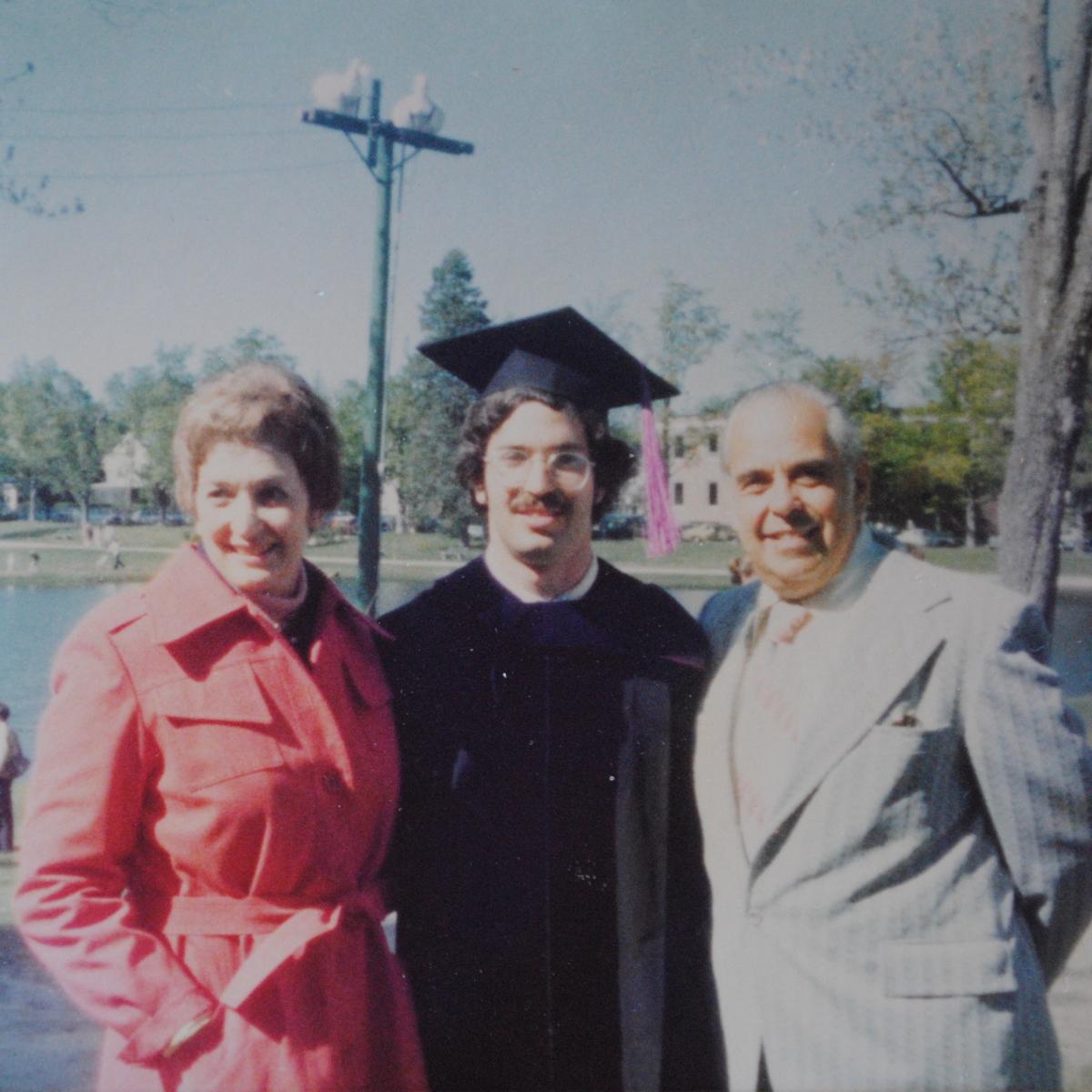 Thank you to Clifford M. Rees, JD '77 for writing us this letter on his experience in the second class of Franklin Pierce Law Center and his time in the "Santa Fe Experiment!"

I was privileged to be a member of the second FPLC graduating class, starting my First Year at the famous Bull Farm on Mountain Rd. in the Fall of 1974 and being part of the first class to graduate under a large tent in White Park on May 7, 1977. Born and educated in the Baltimore/Washington, D.C. area before law school, one of my necessary cultural adjustments was to the harsh New Hampshire winter.

The morning of my first Concord winter when the thermometer dipped to twenty below zero changed my life. Of course my car engine wouldn't start so I hitched a ride to school with a classmate from Florida whose car wasn't as fazed by the weather as mine was. I confessed to Bill Patkus on the way to class that I wasn't sure if I would survive the harsh Siberian-like Concord winter . Bill mentioned to me that the Law School had started something called the "Santa Fe Experiment" where Second and Third Year Law students could spend a supervised semester in Santa Fe, New Mexico, the home of then FPLC Professor Michael P. Gross who specialized in Native American Education Law. I signed up right away and found myself in Santa Fe from January-May of 1976,  my only regret not being in Concord for the February, 1976 New Hampshire Presidential Primary.

I was joined in Santa Fe by about 12 FPLC students who took classes with Professor Gross in the classroom of a nearby museum. To round out the full semester of credits, we were also placed in internships with local attorneys in the public and private sectors, an experience not commonly offered by law schools in those day. I was placed with a litigious Northern New Mexico Legal Services attorney, James A. Burke, who represented mental health patients at the New Mexico State Psychiatric Hospital 65 miles from Santa Fe. Jim subsequently sponsored my admission to the New Mexico State Bar.

One of the highlights of the Santa Fe Experiment was the weekly opportunity to have the Internship attorney sponsors speak to us about their work. This opened my eyes to the possibilities of how to use my law degree after I graduated. Ultimately, I returned to Santa Fe immediately after graduation as a Volunteer in Service to America (VISTA) attorney for Northern New Mexico Legal Services. In 1980 I began a twenty-five year career in the Executive Branch of New Mexico State Government, mostly as legal counsel for the New Mexico Department of Health, specializing in behavioral health, public health (including public health legal emergency preparedness which I continue to use in my "active retirement" in response to the COVID-19 pandemic), the NM public procurement process and the New Mexico legislative process.

Since my retirement in 2005, I've served as legislative staff for the New Mexico State Senate and Lt. Governor, taught graduate level public health and public policy classes at the University of New Mexico in its Law School and Health Sciences Center, worked as the Practice Director for the Western Region of the Network for Public Health Law and served in the Santa Fe District Office of U.S. Congressman Ben Ray Lujan. I've also become politically active in the State and Local Democratic Party as a campaign field volunteer for various Democratic candidates and performed non-partisan community service as a Voter Registrar and County Election Judge.

Several of my fellow Santa Fe Experiment participants (Mark Donatelli, Todd Farkas, Dean Alexis, and Richard Shapiro to name a few) also remain in New Mexico and are well-known for their contributions to the local legal and business community.

I've only returned to Concord 2-3 times since my 1977 graduation, the last visit in May, 2012 for my 35th Class Reunion. At that time I was afforded the privilege of meeting now deceased U.S. Representative John Lewis who was a guest speaker during the festivities (see attached photos).

It would be a cliche to state that FPLC "changed my life" in multiple ways but it's a truth I readily acknowledge. Thank you to the FPLC community for your support and especially the Faculty (Professor Gross, Professor Dick Hesse, Professor Joe Dickinson ) who helped me find direction and purpose in the legal world in addition to the first-rate preparation for a career in the public sector of our profession. I've enjoyed the FPLC Zoom meetings during our current pandemic social distancing but look forward to a return to Concord in-person when travel restrictions ease, though not in the Winter!